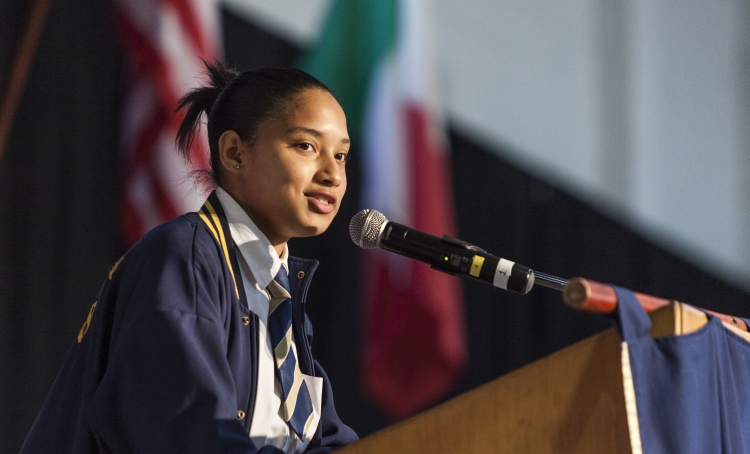 Charanique S., Christel House South Africa’s 2018 Valedictorian lost her grandmother in 2016 and just a few months later, her mother. The grief was overwhelming. “I felt like giving up,” she says. Support from teachers and friends combined with character lessons at school offered a healing perspective. “The school’s core values drove and inspired me to do better.”

Charanique’s academic performance, leadership and strength in overcoming obstacles made her the recipient of the Knebel Character Award. Supporters Don and Jen Knebel established the honor to salute students who exemplify the Christel House core values of integrity, independence, respect and responsibility.