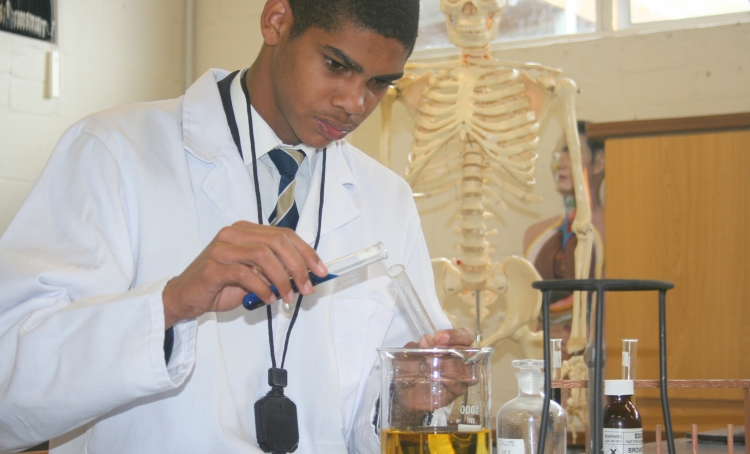 “Work hard, believe in yourself and live strong. If I can do it, so can you!”

That’s the advice of Reagan, a student at Christel House South Africa.

He’s come such a long way.

While Reagan was growing up, his father, when not incarcerated, was often abusive. Reagan’s older brothers both dropped out of school and left home – both are unemployed and using illegal substances. And his mom, who works at a homeless shelter, struggles to make ends meet.

None of those challenges slow Reagan down. Counseling sessions help him keep a positive attitude, and it shows. He had perfect attendance at school last year, and he’s one of the highest performing science students in his school. Reagan was even named the Top Physical Science student in the Junk Yard Siemens Robotics science competition.

Reagan is focused on his future. He hopes to study software engineering and earn a master’s degree at the University of Cape Town. “I’d love to work at Google South Africa and live in a beautiful flat,” he says.